Executive Producer Claire Hartman came to Freedom Digital Media with an idea for a video project for Notre Dame Preparatory High School.  The video was to be used to kick off a capital campaign for the school and needed to show girls and women in various career fields in a variety of different locations.

Due to the broad scope of her vision, it was impractical to shoot video.  Everything had to be done in post.

This unique challenge presented an opportunity for us to think creatively about how to use our post-production resources and capabilities.  We ended up delivering a final spot made entirely with graphics and stock footage.

FDM’s Creative Director, Nick Szpara, took this project on and describes the process:

“Claire and I discussed the project and based on the scope of the images that the script called for, it would have been prohibitively expensive to shoot video. It would have taken several weeks of travel as well as some specialized equipment to capture everything.

For example, there are scenes which called for the girls to be in space, scenes with dancers, helicopter shots on a mountain, etc.

Claire decided that doing this in post was the best option and had sent stock footage to me which matched the storyboards that she had created.  My job was to piece it all together in the edit.

After I received the stock footage from Claire, we sat down and completed the edit together.  Since everything was storyboarded beforehand, the edit didn’t take too long.

The biggest amount of time was spent making everything fit together as one cohesive piece- which was mostly done with color.

We wanted the piece to have a specific blue color that Notre Dame Prep uses in their branding.  The problem was each stock video clip had a different look to it.

Our color suite at FDM allowed me to match everything together seamlessly.”

And the final result: 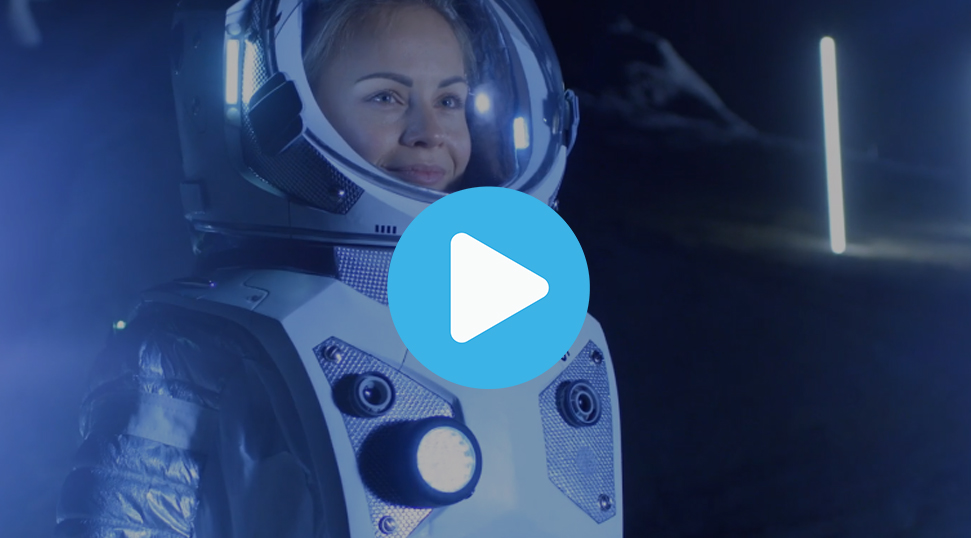 While the project’s budget would have limited what we could do in production, that didn’t stop us from being able to create a compelling video.

“Because there were such a variety of locations and talent, using stock footage actually made the project more dynamic than it would have been if we had shot it locally.

I think a lot of clients don’t realize there is a broad range of footage available to pull from. Just because it’s stock doesn’t mean it can’t be specific.

And the way we can tweak it in post means it will still feel cohesive, and maybe open up creative possibilities that aren’t available on normal shooting budgets.”

Claire and Notre Dame Prep were extremely pleased with the final result. As of January 2020, the capital campaign has exceeded its goal by over a quarter of a million dollars.

“Thanks for a great job on the NDP film. You made my life way too easy. I think the final really packs a wallop and am very pleased.”
– Claire Hartman

Producing a video doesn’t always have to involve shooting video.  We can work within your budget to produce an engaging video without shooting a single frame.  Contact us to find out how we can help.